IBG has received the diploma of the winner of the international award in the field of entrepreneurial activity "Elite National Economy 2012". The ceremony took place on November 8 in the hall "Big Peter" The hotel complex "President-Hotel" Manager of the RF President. 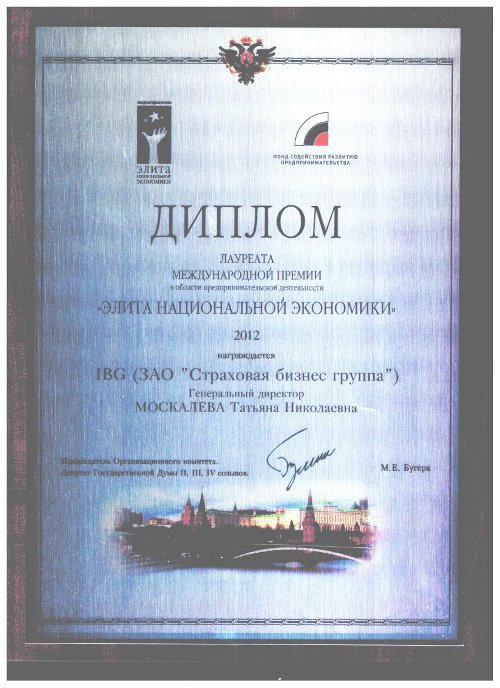 IBG has become a member of the Fund for promoting entrepreneurship (Certificate №1622 of 08.11.2012 )
Life of the company

November 8th became a member of IBG Fund to promote entrepreneurshipEstablished by a group of deputies Russian State Dumamembers Federation Council& nbsp; and International Club of Business Leaders& nbsp; to draw attention to the problems of domestic business , improve the investment attractiveness of the Russian economy and address the pressing issues of Russian business . & nbsp; 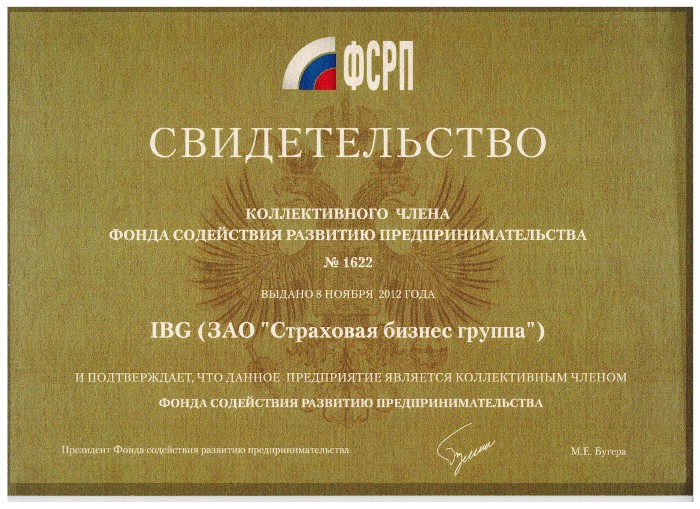 20-23 September 2012 IBG leadership took part in the XI International Investment Forum "Sochi-2012". According to the results of the forum changes in the company's development strategy until 2015 ..

According to the official website of the Forum (www.forumkuban.ru)   only Forum registered more than 7,300 participants, including 480 foreign students from 40 foreign countries and more than 1,200 journalists.

Subjects of the Russian Federation and large companies at the Forum concluded 82 agreements for a total amount - 53 billion. Rubles.

The exposition is located on 9600 sq.m of which 4 100 sq.m. - The area of the exhibitors of the RF subjects (including 2000 square meters - Krasnodar Territory).